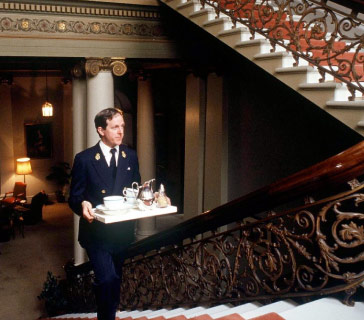 Topic: Behind the Throne: the Domestic History of the Royal Household

Adrian Tinniswood offers a masterly account of five centuries of life at the English court, taking us on a fascinating journey from one Queen Elizabeth to another, and exploring life as it was lived by clerks and courtiers, clowns and crowned heads: the power struggles and petty rivalries; the tensions between duty and desire; the practicalities of cooking dinner for thousands, or ensuring the king always won when he played a game of tennis. And in offering a domestic history of the royal household, he takes us on a ‘royal progress’ with Elizabeth I as she takes her court and her majesty to her subjects; and leads us as courtiers dance the conga round the state rooms of Buckingham Palace with George VI. 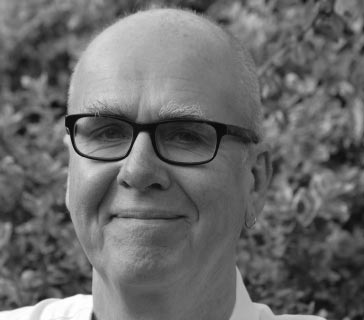 Adrian Tinniswood is one of the leading historians of culture and society in seventeenth- and eighteenth- century England. He is the author of fifteen books on social and architectural history, including Behind the Throne: A Domestic History of the Royal Household — the subject that forms the focus of his talk to the Buckingham History Festival.

Among his other books are The Long Weekend: Life in the English Country House Between the Wars (2016), which was a New York Times and Sunday Times bestseller; a biography of England’s greatest architect, His Invention So Fertile: A Life of Christopher Wren (2002); and a study of one of the seventeenth-century’s best documented families, The Verneys: a True Story of Love, War and Madness in Seventeenth-Century England, which was shortlisted for the Samuel Johnson Prize for History. He has worked with a number of heritage organisations including the Heritage Lottery Fund and the National Trust, and is currently Senior Research Fellow in History at the University of Buckingham and Visiting Fellow in Heritage and History at Bath Spa University.