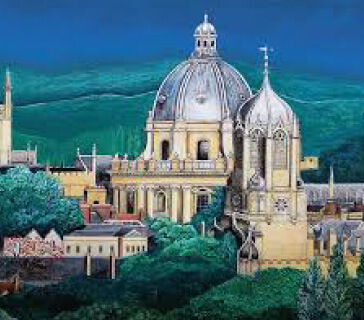 Topic: Not Far from Brideshead: Oxford Between the Wars

Daisy Dunn describes a story of passion, jealousy, debate, exuberance and foreboding, painting a fascinating portrait of academic Oxford in the first half of the 20th century, the near-sylvan world immortalised by Evelyn Waugh in his novel of 1945, Brideshead Revisited. Her cast of characters includes: the classicist and wit Maurice Bowra, who inspired the character of Brideshead’s Mr Samgrass; the Australian-born classical scholar Gilbert Murray, who married into the family that owned Castle Howard, the model for Brideshead; and E.R. Dodds, Regius Professor of Greek, who correspeonded with many of the century’s literary greats, including W.H. Auden, Louis MacNeice and W.B. Yeats.