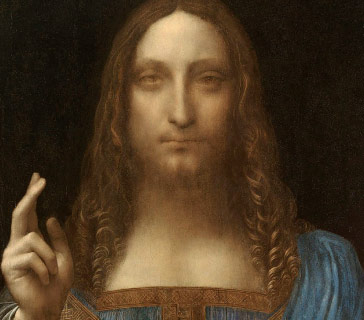 Topic: Living with Leonardo: Martin Kemp, the world authority on Leonardo da Vinci — artist, scientist and engineer — discusses the insights of a lifetime devoted to Leonardo studies with the art critic of The New Statesman, Michael Prodger

Described by The Times as ‘the world’s leading authority on Leonardo’, Martin Kemp discusses the extraordinary fascination still exerted by Leonardo da Vinci in this the 500th anniversary year of the painter’s death. We learn of Martin Kemp’s encounters with the vast ‘Leonardo industry’: the legion of academics, collectors, curators, devious dealers and unctuous auctioneers, scholars and pseudo-historians – and fantasists – who ply their claims about the attribution and authentication of Leonardo’s work. Kemp leads us through his thinking on the Last Supper and the Mona Lisa, retells his part in the identification of the stolen ‘Buccleuch Madonna’, and explains his involvement with the two major Leonardo discoveries of the last 100 years: one that plummeted into controversy (the drawing La Bella Principessa), and another that seemed to have ascended rapidly into widespread acceptance (the painting Salvator Mundi), before its mysterious disappearance. Throughout – from scholarly interpretations to sensationalist fictions (such as Dan Brown’s Da Vinci Code) ¾  we are reminded of Leonardo’s rare genius and wonder at how an artist from half a millennium ago continues to make such compelling demands on all those who engage with him. 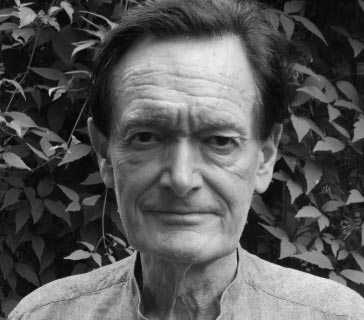 Martin Kemp is the world’s leading authority on Leonardo da Vinci. He was trained in Natural Sciences and Art History at Cambridge University and the Courtauld Institute, London; and his twenty-five books include, The Science of Art: Optical Themes in Western Art from Brunelleschi to Seurat (Yale), and The Human Animal in Western Art and Science (Chicago). He is best known, however, for his writings and broadcasts on Leonardo da Vinci, which include the prize-winning Leonardo da Vinci: The Marvellous Works of Nature and Man and the biography, Leonardo (both published by Oxford University Press). A regular contributor to Nature, he has collected his essays Visualizations and developed other ideas in his book, Seen and Unseen (both for Oxford). Recent books include Art in History (Profile Books) and Mona Lisa with Giuseppe Pallanti (Oxford). His most recent book, Living with Leonardo (Thames and Hudson), was published in March 2018. And his publications for 2019 will include a co-authored book on Leonardo’s Salvator Mundi — the work sold in Christie’s New York in 2017 for $450 million.

Martin Kemp has been a Trustee of the National Galleries of Scotland, the Victoria and Albert Museum, and British Museum. He has curated and co-curated a series of exhibitions on Leonardo and other themes, including Circa 1492 at the National Gallery in Washington, Spectacular Bodies at the Hayward Gallery in London, Leonardo da Vinci: Experience, Experiment, Design at the Victoria and Albert Museum in 2006, and Seduced: Sex and Art from Antiquity to Now, for the Barbican Art Gallery London, 2007.