Topic: The Empress and the Raj: Queen Victoria and India

As Empress of India, Queen Victoria was never a token ruler. She intervened in Indian politics; commissioned artists and photographers to record India’s landscapes and peoples; sent her sons as ambassadors to the sub-continent; and surrounded herself with the trappings of Indian conquest. In turn, Indian politics and society were fundamentally reshaped by her influence from afar. In this illustrated lecture, Miles Taylor talks about the significant effects India had on the Queen-Empress, as well as the pivotal role she played in India. 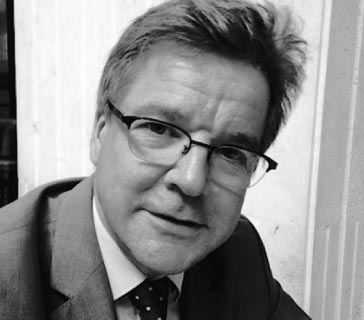 Miles Taylor is one of Britain’s most distinguished historians of nineteenth-century monarchy and Empire. His most recent book, Empress: Queen Victoria and India, was published by Yale in 2018, and has been included in the top ten history books of the year by the US journal, Open Letters Review, and received to great critical acclaim.

Miles Taylor is Professor of Modern History at the University of York. Between 2008 and 2014 he was Director of the Institute of Historical Research in London. He writes regularly for the London Review of Books, History Today and the BBC History Magazine.