Ruth Scurr presents a very different Napoleon, viewed though the prism of his passion for gardening and the order it imposed on the world. From his early days at the military school in Brienne-le-Château through his seizure of power and eventual exile, Scurr tells the general’s story through the green spaces he cultivated. Amid Corsican olive groves, ornate menageries in Paris, and isolated garden plots on the island of St Helena, Napoleon engaged with a cast of scientists, architects, family members, and gardeners, all of whom stood in the shadow of his meteoric rise and fall. Scurr introduces us to remarkable figures, such as Augustin Bon Joseph de Robespierre, the younger brother of Maximilien Robespierre, who used his position to advance Napoleon’s career; Marianne Peusol, the fourteen-year-old girl manipulated into a Christmas-Eve assassination attempt on Napoleon that resulted in her death; and Emmanuel, comte de Las Cases, the cartographer to whom Napoleon dictated his memoirs. 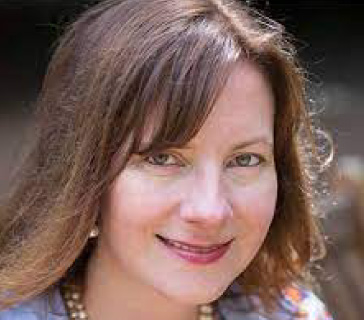 Ruth Scurr is a College lecturer and Director of Studies in Social and Political Sciences for Gonville and Caius College, Cambridge, where she is a Fellow. Her first book, Fatal Purity: Robespierre and the French Revolution (2006) won the Franco-British Society Literary Prize, was shortlisted for the Duff Cooper Prize, long-listed for the Samuel Johnson Prize (2007), and was named among the 100 Best Books of the Decade in The Times in 2009. Her second book, John Aubrey: My Own Life (2015) was shortlisted for the 2015 Costa Biography Award, the Longman-History Today Prize, and the James Tait Black Memorial Prize. She has written widely for newspapers in the UK and US. She has been a judge for the Man Booker, Samuel Johnson, and PEN Hessell-Tiltman prizes. She is a Fellow of the Royal Society of Literature and a member of the Folio Prize Academy. Her latest book is Napoleon: A Life in Gardens and Shadows (2021).