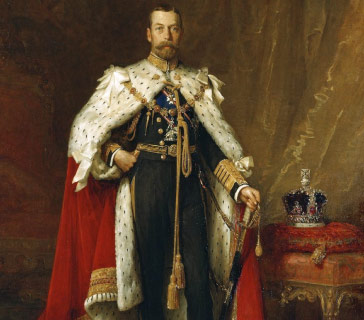 Topic: King George V, Queen Mary, and the Creation of the Modern Monarchy

Conventional by nature, Tory by conviction, poorly educated, and – in the assessment of some – downright stupid, King George V nevertheless presided over the modernisation of the British monarchy in a reign that spanned a quarter of the 20th century (1910-1936). Jane Ridley’s new research in the Royal Archives shows that during the turbulent early years of his reign (1910-14) George intervened actively and effectively in politics, but that influence was diminished during the First World War. Yet the British monarchy emerged from this European conflagration as a rare survivor. Four emperors and numerous kings lost their thrones during the conflict of 1914-18, but the British monarchy endured, even more strongly established than before. Some historians have attributed this to the creation of the House of Windsor in 1917, when George quietly dropped his German surname of Saxe-Coburg-Gotha. But the king’s tireless, exhausting war work was ultimately far more important in earning him public support, as, too, was his choice of wife. ‘The Queen is duller than the King,’ sang the cynics: little did they know. Queen Mary was a great consort and a remarkable character. Working in partnership with the king, she took the lead in social reform – though her philanthropy did not preclude her from also amassing a truly fabulous collection of jewels. 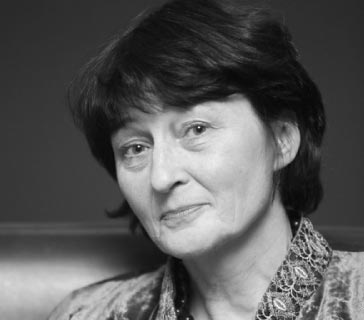 Jane Ridley is a historian, biographer, and broadcaster. She won the Duff Cooper Prize in 2002 for The Architect and his Wife, a biography of her great-grandfather Edwin Lutyens. Other books include: The Letters of Edwin Lutyens to his Wife Lady Emily, ed. with Clayre Percy; Fox Hunting: A History; The Letters of Arthur Balfour and Lady Elcho, ed. with Clayre Percy; and The Young Disraeli. She wrote an acclaimed  biography of Bertie: A Life of Edward VII, and this was followed by Queen Victoria: Queen, Empress, Matriarch for the Penguin Monarchs series. She is currently writing a double biography of King George V and Queen Mary. She has regularly appeared in television documentaries about royal history, and is a history reviewer for The Spectator.

Jane Ridley is Professor of Modern History at the University of Buckingham, where she has been in charge of the university’s Master of Arts course in Biography since its establishment in 1996. This was the first postgraduate course of its kind anywhere in the United Kingdom. She is the current Chairman of the Biographers’ Club.